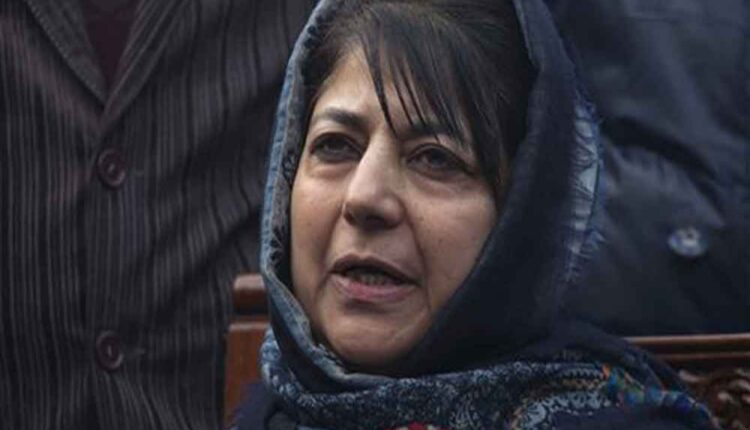 Sources said that the PDP leader was released last year after more than an year long detention. According to the notice served on her, she has been asked be present at its New Delhi office around 11.30 am for questioning in connection with the money laundering case.

Mehbooba Mufti had then described the ED summons to Abdullah as “the extent Government of India’s nervousness about mainstream parties in J&K fighting as one unit’’. It “also reeks of political vendetta,’’ she had tweeted, adding that it “won’t in the least blunt our collective resolve to fight for our rights’’.

A few days prior to the service of ED summons, Farooq Abdullah had on October 15 last convened an all-party meeting at his home to chalk out the future course of action on “Gupkar Declaration” with regard to the special status of Jammu and Kashmir which was revoked by the Centre last year.

Abdullah announced the formation of an alliance with Mehbooba Mufti of People’s Democratic Party, Sajjad Lone and other regional groups and said that the battle is a constitutional and demanded the government of India to return all rights of people of Jammu and Kashmir and Ladakh held before last year.

He had also demanded the immediate release of the rest of the people who are still under house detention.